The Tenth Meeting of States Parties to the Convention on Cluster Munitions (10MSP) took place from 30 August to 2 September 2022 at the Palais des Nations in Geneva, Switzerland. Being the first fully in-person formal meeting of the CCM since the pandemic, the 10MSP gathered 426 delegates from 74 States Parties, 8 Signatory States and 14 States not Parties as well as numerous international organizations and institutions. 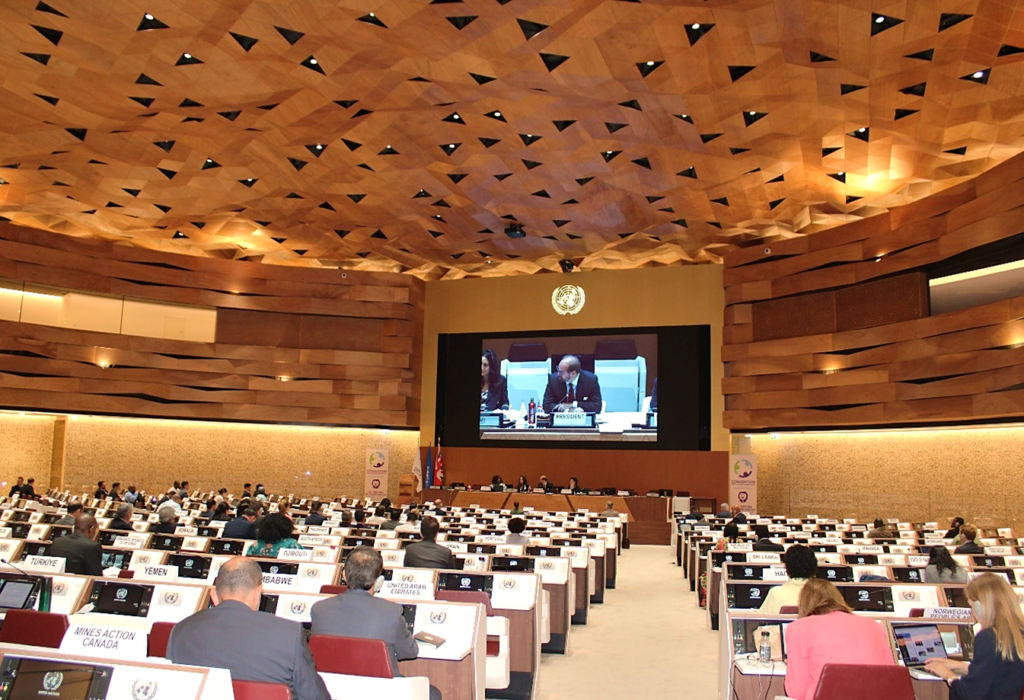 Presided by H.E. Mr. Aidan Liddle, Ambassador and Permanent Representative of the United Kingdom to the Conference on Disarmament, the 10MSP is the first meeting of the Convention to assess its implementation as guided by the Lausanne Action Plan, which was adopted in September 2021 at the CCM Second Review Conference (2RC).

Of particular note, Guinea-Bissau announced that it did not have any cluster munitions in its armouries and submitted its Article 3 Declaration of Compliance. 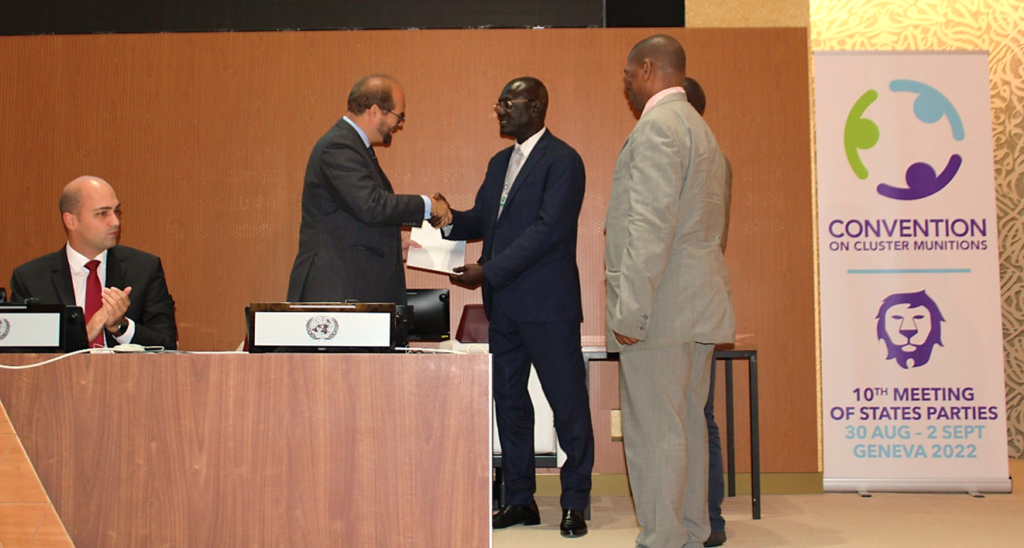 A delegation of Mine Action Fellows consisting of around 20 youth from around the world were facilitated by Mines Action Canada and the governments of Canada and Switzerland to participate in the 10MSP. The youth made a statement on the last day of the Meeting in which they urged States to work towards the universalization of the CCM and pledged their commitment to support States Parties in achieving the goal of ending suffering caused by cluster munitions. 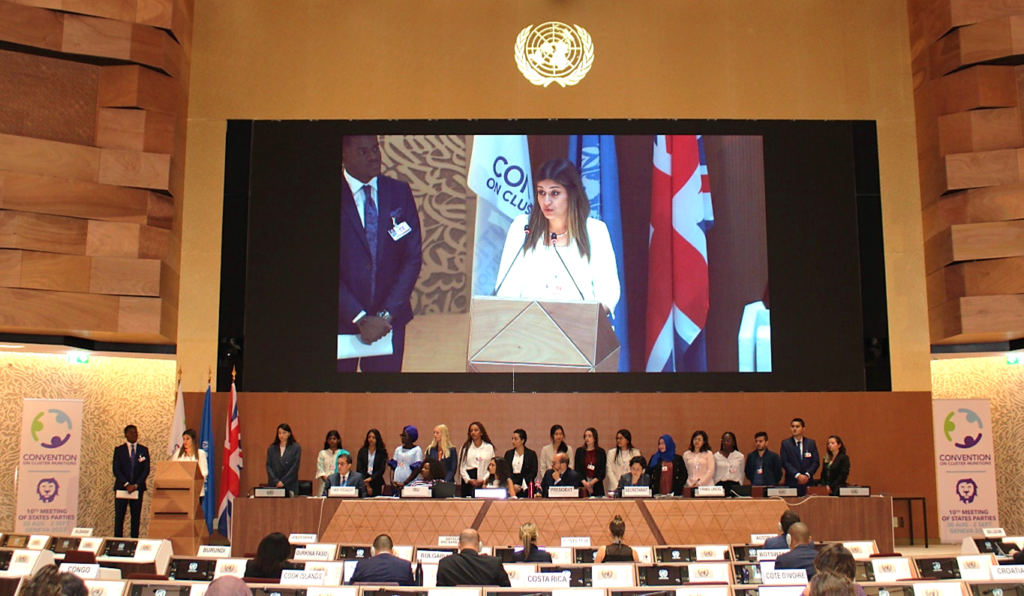 The Meeting also took the time to appreciate the work of the Convention’s Implementation Support Unit Director, Ms. Sheila N. Mweemba, who after 7.5 years was participating in a Meeting for the last time in that role. The Meeting thanked her for her leadership and support to the Convention and the 10MSP President, speaking on behalf of the States Parties, commended her for being an absolute stalwart of the Convention. The President acknowledged that the progress made in implementing the CCM in recent years could be attributed in no small part to her efforts, expertise and commitment–including her good sense of humour. Ms. Mweemba has been the ISU’s first director and has served since its establishment in May 2015. The 2RC agreed to set a term limit of ISU directors as 4 years renewable once for another 4 years. 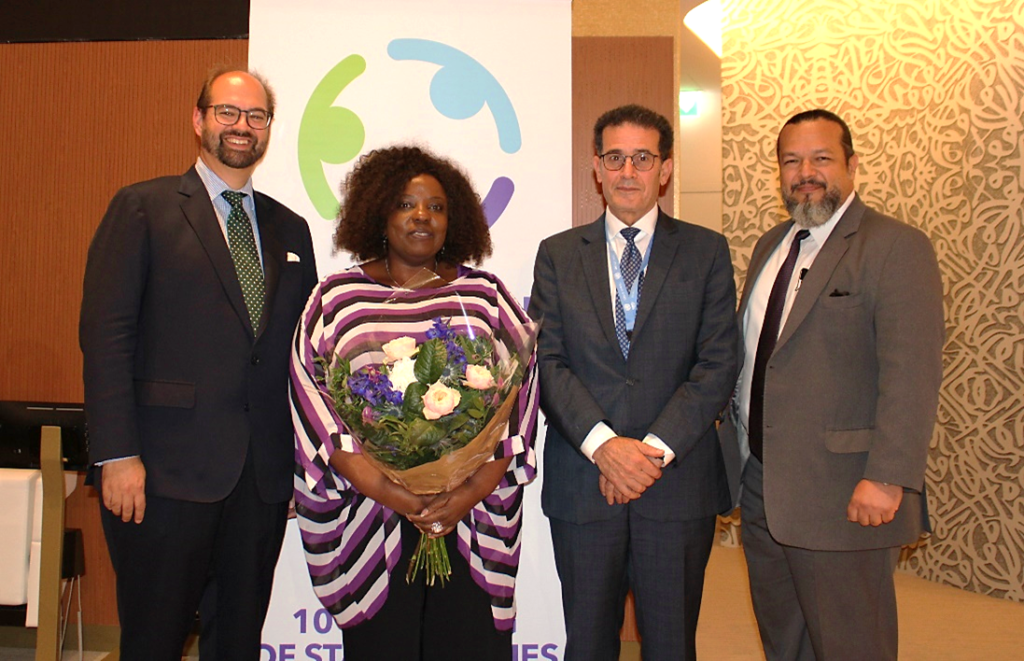 At the end of the 4-day meeting, the 10MSP, H.E. Mr. Aidan Liddle, handed over the Presidency of the Convention’s next formal gathering to H.E. Mr. Abdul-Karim Hashim Mostafa, Ambassador and Permanent Representative of the Republic of Iraq, as the President of the Eleventh Meeting of States Parties (11MSP). 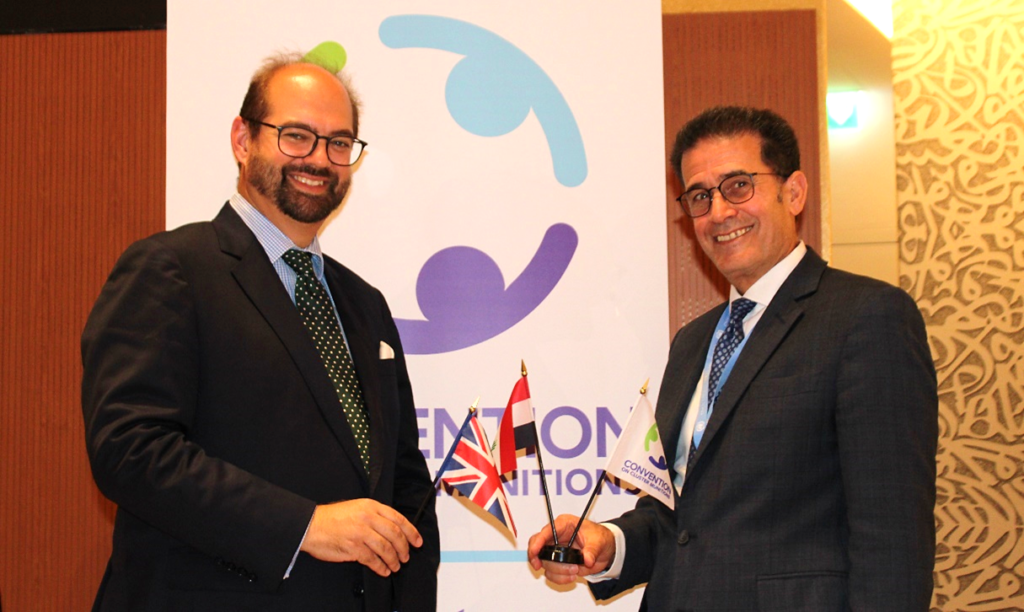 The Meeting also designated H.E. Mrs. Francisca Elizabeth Méndez Escobar, Ambassador and Permanent Representative of Mexico, as the President of the Twelfth Meeting of States Parties (12MSP) scheduled for 2024.

A news article on the 10MSP published on Sky News can be accessed here.